Some of the world’s most promising innovators were featured this week at USAID’s Global Innovation Week in Washington D.C.  An Innovation Marketplace was the center of engagement for hundreds of entrepreneurs, government officials and international development agencies focusing on agriculture, education, health, humanitarian assistance, energy and more.

Vanu Bose is CEO of Vanu, and was one of the featured entrepreneurs. His company is focusing on accessible innovations in wireless connectivity. Bose says network economics is the reason so many people are without connectivity. “In rural developing areas population density is lower and people can spend less, often only $1/month, on connectivity. These areas are off grid, so the 10+ kW to run a cell site is supplied by diesel generators. Carriers spend up to $4,000 per month on diesel while their subscribers only can pay $1/month, and the cell sites lose money,” Bose said.

The key to changing this equation, Bose added, is combining technology and business model innovation. “First we re-engineered the equipment and architecture of the cell site to reduce the power consumption to 90W, enabling cost effective operation on solar and battery; second we created a wholesale network, so we support subscribers of all carriers in an area; and finally we use a small cell architecture to target areas where people live, work and commute. Together these innovations result in 10x better economics for covering rural areas,” Bose said. The company currently has two live networks in rural Rwanda and rural America, where Bose says there are still 23 million people and 41% of schools without broadband.

Several LAUNCH Food innovations were also featured either in person or virtually. HarvestPlus and Evaptainers were part of the marketplace at USAID while world-renowned chef Rob Oliver and Tash Tan of the creative technology agency S1T2 made a virtual appearance as part of the #InnovatingNow digital event and virtual reality (VR) Lounge, sponsored by the Australian Aid’s innovationXchange. The VR Lounge showcased how immersive storytelling can amplify the work of social entrepreneurs around the world. Also previewed were healthy eating and nutrition VR/AR/gamification storytelling projects coming up in the South Pacific in 2018. 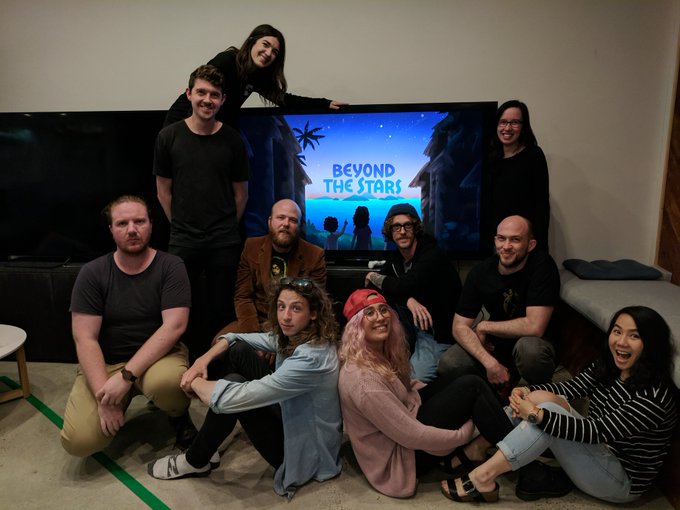 LAUNCH Digital Storyteller Matt Scott led our Facebook live and Twitter events from Global Innovation Week. The #InnovatingNow Twitter chat engaged some 80 people in the US, Australia, Canada, India, Kenya and Nigeria, sharing their stories and the impact they hope their innovations will have on their communities and the world. More than 52% of those engaging and sharing videos were women.

“The Innovating Now Digital Event was an opportunity for LAUNCH innovators and other entrepreneurs worldwide to reflect on their progress. For a few of these innovators, it was the first time they used social media and connected with others in this way, and seeing that was powerful. Stories are so influential, especially on a stage like Global Innovation Week, it was inspiring to see them engage and share their learnings with each other,” Scott added.

Ben Kreimer is a storytelling technologist working with LAUNCH on a variety of immersive stories including those featured at the Global Innovation Week VR Lounge. “The VR Lounge was a great opportunity for us to share and receive feedback on our stories in Tanzania and Timor Leste, and gave us a chance to expose and discuss LAUNCH Legends, face-to-face, with individuals working in the development space, providing us with ideas, connections, and opportunities for evolving and scaling our unique recipe for merging immersive technologies for social impact storytelling.”

With USAID’s Global Innovation Week coming to a close, the innovators who attended are returning to their work disrupting business as usual. Vanu, for instance, is in the process of getting wireless network connectivity to Puerto Rico to those devastated by the recent hurricanes, and 35 solar suitcases from We Care Solar are also headed to Puerto Rico, courtesy of the Ricky Martin Foundation. Finally, look out for HarvestPlus, who has developed 150 new healthier varieties of major staple food crops, as they are one of four finalists in the running for one $100 million prize from the MacArthur Foundation.
Posted in News
← RSP’s Recruitment Team Is Coming To Sydney!Experienced Applicants Only. Should I Apply???? →