A crop of female developers is aiming to empower more women to break into a historically male-dominated industry to right the gender imbalance and, ultimately, creates game suited to, well, women

At 23, Ally McLean already has what many would consider an enviable career.

She spent years working directly with companies like Microsoft and Hi-Rez, before moving to community and marketing roles on video games The Witcher 3and Warhammer 40,000: Regicide.

But as for so many other young women trying to break into a male-dominated industry, it took her a long time to stop feeling like an outsider.

“I lost count of the number of male executives or established developers who behaved excruciatingly sexist either towards me or in my presence,” she says. “I had to fight every instinct to keep pushing and working until I was taken seriously.”

It was the support of other women in the industry who’d been through it all before that kept her going – women like Meagan Marie, the senior community manager at Crystal Dynamics (the studio behind Tomb Raider), who mentored McLean.

“When you’re not represented in the leaders, innovators and creators being celebrated in an industry, it’s easy to feel like you don’t belong,” McLean says. “It took me a while to find role models I could see myself in.”

McLean is now trying to pass on the same encouragement and support. Earlier this year she partnered with the Interactive Games and Entertainment Association (Igea), the industry body that represents video game publishers and developers in Australia and New Zealand, to create The Working Lunch.

Set to launch later this year, the program aims to empower entry-level women in the industry through workshops and networking events run by a rotating team of mentors who will provide advice, contacts and support. The program will run annually and will take between 10 and 20 mentees from applications.

A secondary goal of the program is to get more women working in the local industry. According to Igea, women only account for 19% of the game development sector workforce in Australia.

“If we can equip each group of women to gain employment, it would only take 10 classes to get the gender ratio of people employed in the Australian industry close to 50%,” McLean says.

The Working Lunch is part of an already robust push in the Australian gaming industry to right the gender imbalance. While the worldwide industry continues to be plagued by rampant sexism and online abuse, Australia has been quietly leading the charge in developing a growing number of programs and initiatives aimed at women that target both education and career development.

Take Girl Geek Academy, an initiative working to increase the number of women working in tech through programs and communities like She Makes Games, Ladies Who Linux and Miss Makes Codes, as well as events, workshops and hackathons. These are intensive group competitions usually spread out over a few days in which programmers, designers and software engineers come together to create a new game or app from scratch. One of the founding members is Lisy Kane, a 30-year-old producer at Melbourne independent studio League of Geeks.

“The biggest challenge for me was understanding that the video game industry is a place that I can work,” Kane says. “When you grow up in Australia, especially as a young woman, having a career goal of ‘game producer’ isn’t something that was on my radar. High school didn’t offer IT studies greater than Excel spreadsheets and basic computer studies.” 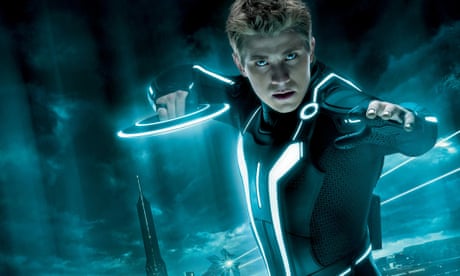 Kane got her start in the industry the old-fashioned way: contacting as many people as she could and asking them for coffee and advice. “The most amazing thing happened: most of the folks I reached out to were kind, open and willing to help. I barely expected anyone to reply, let alone help a complete stranger.”

This welcoming attitude may have something to do with the relatively small size of the Australian game industry compared with the US and UK industries. Here, the culture has been largely dominated by smaller, independent studios that allow for more creative freedom, a less rigid management structure and more progressive work environments that are not dictated by male executive boards and institutionalised gender biases.

Clara Reeves, the 36-year-old president of game development studio Hipster Whale, says the collaborative spirit is conducive to positive change. Like McLean, Reeves spent the majority of her early career suffering from impostor syndrome. Only about 5% of the students in her programming course at university were women and when she landed her first job with publisher Atari, she was the only woman out of some 100 or so development staff.

“I spent quite a bit of my energy just proving that I fit in,” she says. With that in mind, Reeves has been mindful of building a company that pays attention to diversity: Hipster Whale now has a 50-50 male-to-female gender split.

More women working in games means more meaningful content for female gamers – or, at the very least, content that doesn’t alienate them.

Kim Allom, 27, from Brisbane, is a co-founder of Blushbox Collective, a group of video game developers who aim to promote, host events and rapidly prototype games that meaningfully explore love, sex and romance – topics that most games either steer clear of or get woefully wrong. A quick peek at their landing page says it all: this isn’t aimed at the gaze of the straight male that most of the industry revolves around.

“We’re basically a bunch of mates with similar views on the current state [or lack thereof] of how games address love, sex and romance, and where we’d like games to go in the future,” Allom says. This goes beyond empowering female gamers – as Allom puts it, “it flips the bird to stigmas surrounding love and sexuality” in games.

Looking ahead, both McLean and Reeves stress the importance of more women in leadership roles in the local industry.

“We need to train a more diverse pool of people for leadership roles, give them the skills, opportunities and confidence to move into those roles, and then also keep them around long enough to be ready for those roles,” Reeves says.

McLean says: “A lot of the people in power are male and it’s hard for them to see exactly how underrepresented we are. They haven’t experienced what most women in the industry have – being the only girl in your computer class, the only woman in the boardroom.”

One way to ensure this happens is to place more emphasis on engaging young women with the games industry at an educational level. For example, McLean receives a lot of intern applications from local games educational institutions – and the gender split is alarmingly poor.

“We need to work with high schools and tertiary education teams to make studying games and entering the industry a real option for young women,” she said. “The more women making games, the better representation will be both industry-wise and in the content we’re producing: more games with relatable and complex female protagonists, games that tell women’s stories, that provide role models, and that can excite and inspire them to create their own.”